HOW: Determining what TTS markup to use

The information in this article applies to:

Synthesizers (i.e., speech APIs) support unique markup syntax. By generating TTS markup at runtime, your application can maximize the quality of TTS playback and offer your end users the flexibility of using various synthesizers with your application.

Voices of the same API type and version tend to reproduce speech in the same manner regardless of gender and language. This is because the synthesis engine and the language models are common for the voices.

The easiest implementation that can have the biggest impact you can make on the playback quality is through adjusting the speed (rate), emphasis, and pronunciation. For example, it is usually better to slow down for words with fewer syllables such as digits (1, 2, 3) and speed up for long multisyllable words such as product titles or last names.

The best way to determine ideal TTS markup is to audition a voice with various settings to determine what works best for your application. The Chant Developer Workbench is ideal for that. It provides a TTS markup editing surface that enables you to test text fragments as well as complete SSML documents.

To get started, open a new markup document within Chant Developer Workbench development and testing environment: 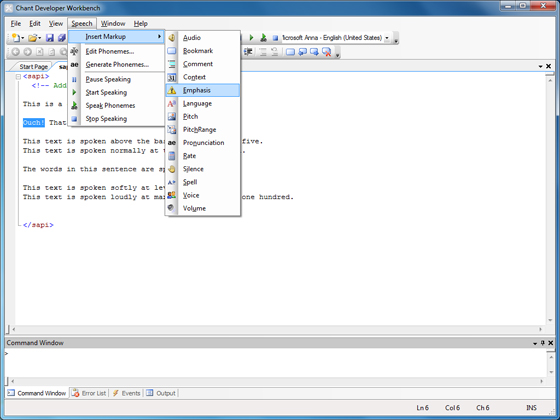 Marking Up Text : Highlight and click. It's that simple to markup text for enhanced speech synthesis. 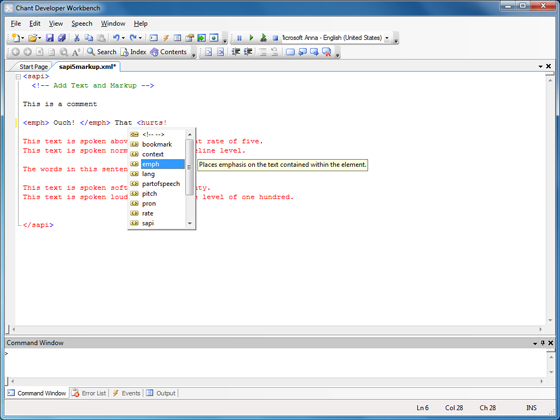 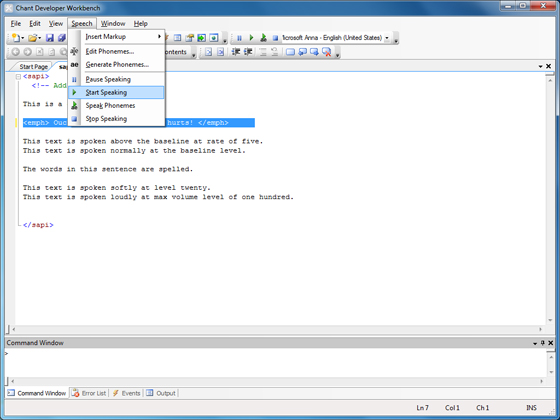 TTS Playback: Playback text-to-speech markup with a click of the button. Highlight specific text or playback the entire document.